Do You Know the Epidural* Rate in Your State? 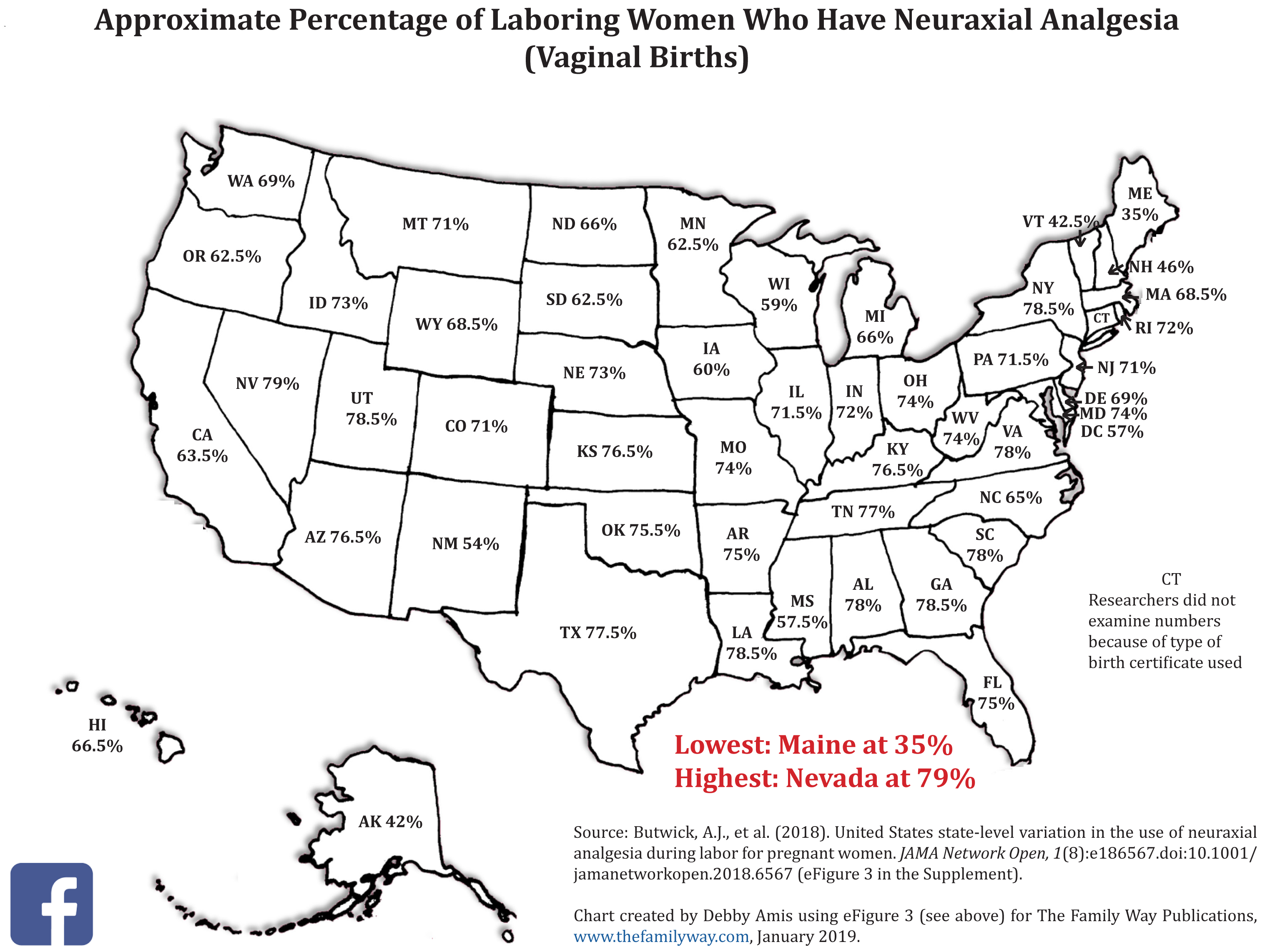 In a study recently published by JAMA Network Open, researchers used U.S. birth certificate data for over 2 1/2 million women who labored in 2015 to analyze the use of neuraxial analgesia during labor in 49 states plus the District of Columbia. (The study authors did not analyze date from Connecticut because the state did not use the 2003 revised US Certificate of Live Birth format.)

The researchers suggested that unmeasured patient-level and hospital-level factors likely explain a large portion of the variation across U.S. states. They speculate the patient-level factors may include lower health literacy, cultural and religious factors, antenatal participation in childbirth classes, and patient preference. Unfortunately, the study conclusions raise the question, “Do pregnant women with little or no insurance and little or no prenatal care may have less access to neuraxial analgesia?” As a childbirth educator, I am especially interested in the effect of childbirth education on the preference and actual use of neuraxial analgesia.

Look at this map to see the percentage of women in your state who use neuraxial analgesia for vaginal births.